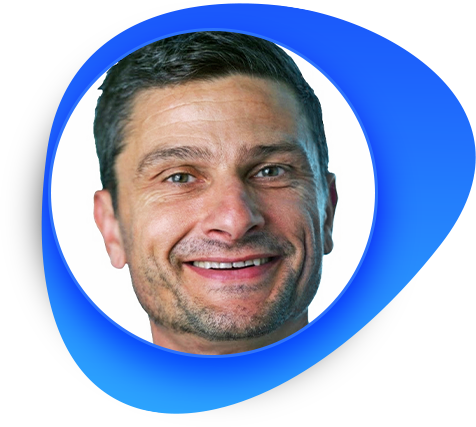 Now that returning to the workplace is setting in, the nitty-gritty issues that bring managers, and their hybrid teams unstuck are emerging:

In short, how do you keep your people energise focused and productive - no matter where they're located - without burning up all your time and energy.

The answer of course is to create a self-managing team

In this one-hour seminar, followed by a 30-minute Q&A we deal with your real-world scenarios - lets of these and many other questions.

Copy of “Framework for a Productive Flex Work Conversation” included free your choice of a:

The opportunity for a “Staff autonomy audit” where we identify who in your team can be given more responsibility, and who needs further development​

Join the Masterclass today for FREE!​

Casio Increased their sales
productivity by 16%

Shell Reduced their safety
incidents by 15%

Cris Popp is an experienced entrepreneur, facilitator and speaker. He specialises in resilience, change management, innovation, entrepreneurship, communication skills and leadership. He is particularly interested in combining positive psychology with productivity to create sustainable peak-performance workplaces.

Cris has worked in both the public and private sector. His roles include COO, marketing, sales, change manager, innovation facilitator, editor, ABC journalist, and copywriter. He completed his Masters on innovation and maintains a keen interest in workplace creativity.

Cris’ speaking appearances include: The Mind and its Potential; Happiness and Its Causes; Hargraves Innovation; and Sustainability. His media mentions and interviews include ABC, Channel 10, BRW and the Financial Review.

A training session with Cris is energising, highly effective, great fun and guaranteed to be invaluable to participant and organisation alike.

Menu
Menu
We use cookies on our website to give you the most relevant experience by remembering your preferences and repeat visits. By clicking “Accept All”, you consent to the use of ALL the cookies. However, you may visit "Cookie Settings" to provide a controlled consent.
Cookie SettingsAccept All
Manage consent

This website uses cookies to improve your experience while you navigate through the website. Out of these, the cookies that are categorized as necessary are stored on your browser as they are essential for the working of basic functionalities of the website. We also use third-party cookies that help us analyze and understand how you use this website. These cookies will be stored in your browser only with your consent. You also have the option to opt-out of these cookies. But opting out of some of these cookies may affect your browsing experience.
Necessary Always Enabled
Necessary cookies are absolutely essential for the website to function properly. This category only includes cookies that ensures basic functionalities and security features of the website. These cookies do not store any personal information.
Non-necessary
Any cookies that may not be particularly necessary for the website to function and is used specifically to collect user personal data via analytics, ads, other embedded contents are termed as non-necessary cookies. It is mandatory to procure user consent prior to running these cookies on your website.
SAVE & ACCEPT